With Lucas and Aidan playing off of each other, Pawner's stage show has become more exciting and dynamic. With the help of Nick Manka of A Vintage Year and Max Americana filling in as session drummer, the three recorded Pawner's EP, Broken Switches, at the Finger Lakes Community College Studios with Lucas rewriting the bass parts, Nick altering the drum parts and Zane Knight recording, mixing and Mastering.

​Broken Switches was released on July 8, 2016, enjoying play on Rochester's 94.1 The Zone and favorable review by City Paper's Frank DeBlaise.

Shortly after the release, accomplished audio engineer and live sound technician, Tyler Munson, would join on as full time drummer. That winter, Lucas departed Pawner to tour as temporary bassist for A Vintage Year, allowing Tyler to move over to bass and background vocals. Fellow audio engineer Zak Steele became Pawner's drummer in 2017, bringing his unique and fun to watch style to Pawner's shows.

In December of 2017, Jesse Ambrose rounded out Pawner as a four-piece. 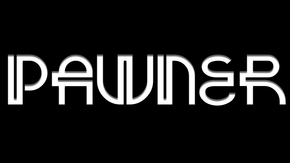 ​Born in the UK and raised in Philadelphia, Rochester, NY & Stowe, VT, guitar player and vocalist, Aidan Snyder has been playing loud music in his basement for most of his life and is stoked to be playing it on stage. He has performed solo in various locations in Rochester and Vermont as well as at the Bluebird Cafe, the Hard Rock Cafe, Legend's Corner and even buskering on Broadway in Nashville, TN, all the while longing to form a band.

As luck would have it, at an Open Mic at the Cottage Hotel of Mendon, he was introduced by Rick Wahlers of the Boogiemen to bass player, Maggie Marion. They got together for a few jam sessions and before long, Pawner was formed. Pawner worked on some originals and covers by bands such as the Raconteurs, Foo Fighters, Green Day and Oasis and began the search for a third member to round out the sound.

After short-stints with a variety of drummers, Pawner put out a plea on social media for a like-minded musician. Good fortune smiled again, and former guitarist and vocalist of Neighborhood Fallout, Ryan Kennedy responded he wanted to pursue a longtime dream of playing drums. Pawner was ready for the Rochester music scene.

Studying Music and Audio Recording at Finger Lakes Community College, Aidan met Lucas Johnston, of Hojack and Halcyon Insanity. As Pawner and Hojack played at and attended the same shows, and the two got to know each other at school, Aidan began to imagine a place in Pawner for Lucas and hoped for an opportunity to make it a reality.